Keith Haring was born on May 4, 1958 in Reading, Pennsylvania. Upon graduation from high school in 1976, Haring enrolled in the Ivy School of Professional Art in Pittsburgh, a commercial arts school. He soon realized that he had little interest in becoming a commercial graphic artist and, after two semesters, dropped out. While in Pittsburgh, Haring continued to study and work on his own and in 1978 had a solo exhibition of his work at the Pittsburgh Arts and Crafts Center.

Later that same year, Haring moved to New York City and enrolled in the School of Visual Arts (SVA). In New York, Haring found a thriving alternative art community that was developing outside the gallery and museum system, in the downtown streets, the subways and spaces in clubs and former dance halls. Here he became friends with fellow artists Kenny Scharf and Jean-Michel Basquiat, as well as the musicians, performance artists and graffiti writers that comprised the burgeoning art community. Haring was swept up in the energy and spirit of this scene and began to organize and participate in exhibitions and performances at Club 57 and other alternative venues.

Between 1980 and 1985, Haring produced hundreds of these public drawings in rapid rhythmic lines, sometimes creating as many as forty “subway drawings” in one day. This seamless flow of images became familiar to New York commuters, who often would stop to engage the artist when they encountered him at work. The subway became, as Haring said, a “laboratory” for working out his ideas and experimenting with his simple lines.

Throughout his career, Haring devoted much of his time to public works, which often carried social messages. He produced more than 50 public artworks between 1982 and 1989, in dozens of cities around the world, many of which were created for charities, hospitals, children’s day care centers and orphanages.

During a brief but intense career that spanned the 1980s, Haring’s work was featured in over 100 solo and group exhibitions. He was highly sought after to participate in collaborative projects and worked with artists and performers as diverse as Madonna, Grace Jones, Bill T. Jones, William Burroughs, Timothy Leary, Jenny Holzer, Yoko Ono and Andy Warhol.

Keith Haring died of AIDS related complications at the age of 31 on February 16, 1990. A memorial service was held on May 4, 1990 at the Cathedral of St. John the Divine in New York City, with over 1,000 people in attendance.

Since his death, Haring has been the subject of several international retrospectives. The work of Keith Haring can be seen today in the exhibitions and collections of major museums around the world. 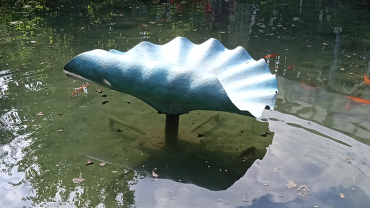 Rudolf Hirt (born October 19, 1947) is an Austrian sculptor. Influenced by his father, who was a resistance fighter and communist, he attended the master class for sculpture and painting at the Ortwein School in Graz after completing his apprenticeship as a sculptor. He completed…

This website uses cookies to improve your experience while you navigate through the website. Out of these, the cookies that are categorized as necessary are stored on your browser as they are essential for the working of basic functionalities of the website. We also use third-party cookies that help us analyze and understand how you use this website. These cookies will be stored in your browser only with your consent. You also have the option to opt-out of these cookies. But opting out of some of these cookies may affect your browsing experience.
ACCETTA E SALVA